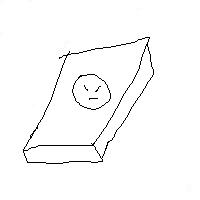 Cryptic Answer: Nightwish – Nemo is playing in the background, I’m doing a Go problem in my head, and I am typing this blog post. My back is sore from running  intervals this morning.

Explanation: I recently had a good conversation with Christian, who was about to graduate from Harvard, about the role of people in life. One of my biggest regrets is that I neglected people a bit in senior year, especially when I worked furiously on my thesis. When I moved up to Stamford, I made it a personal goal to work on my relationships more seriously.

At college, the less socially talented people (like me) have a temptation to take friends for granted. It is easy to bump into everyone around campus – if you meet someone you do not need to make that connection right away; you’ll see them by the ABP, working in Lamont, or at some drunken Quad party. Both your classroom and your dorms create atmospheres where you can naturally meet people your age with similar interests and situations. At work, there are more artificial barriers – seniority status, age differences, professional nature of the workplace, etc. all make creating personal relationships a bit harder (even though coworkers are still the easiest new friends to make, and I have met/re-met some awesome people at Ellington with whom I will keeping in touch, such as G, J, I, or R). The dorm equivalent – the apartment – is hardly a social scene compared to college dorms, except the walls are still so thin for you to hear people having sex, domestic disputes, or both at the most curious hours. Ironic that in this age when saying a simple “hi” to a neighbor in urban areas is considered more “creepy” than friendly, we are much further apart even though the web creates an illusion that we should be further connected.

Last year, when I was surfing Facebook, I suddenly asked myself: “out of the 500 – 600 friends I have on Facebook, how many do I genuinely interact with?” Even though in general I refuse friend requests from people I don’t know, maybe 300 of my contacts were people I met as a result of a school/club/summer thing with no real connection, or some unmemorable party/nightclub experience where the number/contact exchange was just for fun instead of genuine interest. I have probably only 50 actual “good friends,” as in people who would hang out with me in the same town by one of us *naturally* remembering and contacting the other person. But this means in the middle there are probably at least 100-200 people with whom I’ve had a nontrivial connection, and with whom I can carry on a generally interesting face-to-face conversation if he/she were sitting in front of me.

This was a massive inefficiency – all my warning bells in my brain rang, preparing me for the “aha” moment. It suddenly clicked for me on how much I was missing without being actively social with this “middle group” – the people with whom I can very easily find common ground, because they are actually very similar to the “good friend” group except that one of the parties have to *actively* remember and contact the other person, which is something of very little cost, especially with Facebook! I almost kicked myself at how simple this all was, and how easy this must be for my “naturally social” friends (yes, *those* people). I learned an incredible amount from my work last year, but this was one of the most important observations I made all year. Indeed, this is why I started New York Survivor (a game I made for myself where I go to NY on friday nights, and do as much as possible while trying to stay in the city until Sunday). Now I am in grad school, even though I’m not going out as much (the Boston and New York club scenes are just… uncomparable ;P), I am still trying to do the same thing; this was actually made easier since Boston/Cambridge is a much easier place to just chill due to the ample sitting room and the non-croweded streets. Instead of Central Park, the downtown restaurants, or Soho, I’m typically doing the Miracle of Science Bar, Rangzen, or Cafe Luna (they have really sexy food and smoothies).

With V, the daughter of one of my father’s old friends, I discovered a lot of new music and broadened my playlist. With C, the new boyfriend of a not-so-close friend I had in college, I found many common interests and that he was a dan-level Go player who had a lot to teach me about my game. With A, an old classmate from a writing seminar who made herself run the Boston Marathon “just because” even though she was never a runner in college, I reminded myself of my love for writing and I’m even beginning to run again to complement weightlifting. With K and S, two of the most social people I know, I talked about this exact topic and how rewarding it can be to our happiness.

Each event was so precarious – without that one conscious click on that “Send Message” button on Facebook I would not have made a connection that would be so easy to pass away otherwise. The opportunity cost was invisible yet incredible. Instead of taking time to do those things I might have just been watching Youtube videos, taking a nap, or reading FML (yes, realistically I would have tried to use that time to do things with higher value, but the point is that each of these particular meetings were pretty amazing), but otherwise I wouldn’t have discovered the PAL soundtrack, I wouldn’t have realized how much crappier my middle game seemed to have become (probably worse than 10k…), and I probably would not have started this long-overdue blog post. I’m sure many of you are wondering why I got so excited over such a simple concept (that you probably already use very efficiently), but when the blind suddenly sees, he is bound to be excited.