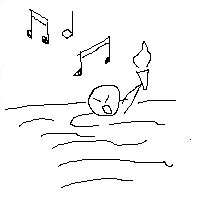 A photo will capture a wonder in Iceland, but it won’t show that Iceland itself was a wonder; we could have stopped our car anywhere and at least one good photo would have been there. Nature’s improvisations came in a playful rhythm: sudden patches of dandelions (apparently used by locals as a Viagra substitute) and lupine adorned a desolate yet attractive landscape, with stern skies and rugged rocks that would have been great for faking the Moon landing. In impossible places were the ancient stone structure, a bird with a beak of the wrong color, or the carefree sheep, as if a tired artist made a few errant strokes before bed.

The sheep were the most unreasonable, stuck onto sides of vertical walls like scattered cotton balls, or curled for a nap in ditches from which I would have trouble escaping. I was jealous of the views they had as we drove by, imagining them baaing at me with arrogance, as if they owned the entire island. They were haughty creatures who would scuttle away in rapid little steps when we came close. I ate a lot of lamb on this trip, the most memorable of which at the Indian restaurant in Reykjavik which was purportedly ranked as the 2nd “best thing to do in Europe,” beating out the Louvre and only losing to the Eiffel Tower. Later we found out that this was the result of some online survey with 12 total votes. However, the lamb was excellent, with rich, juicy onion slices on the side.

END_OF_DOCUMENT_TOKEN_TO_BE_REPLACED 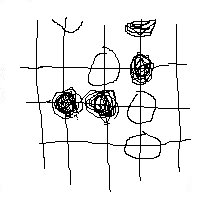 After my epic shoulder injury, I stopped lifting weights and playing ultimate for more than a year. This gave me some extra time, and I’ve decided to study Go “seriously” (well, as seriously as I can with the responsibilities of a graduate student) with that time. I stopped about a couple of weeks ago, after which I had some introspection about what I’ve accomplished and failed to accomplish. The tl;dr version of my progress is at http://senseis.xmp.net/?Eggplant86, though it is not very interesting by itself; what I’ve gained most from the introspection were some lessons and observations, both about Go and just learning things in general. I thought this would be a good place to write them down, both for a future me and for the case that someone else may benefit from them.